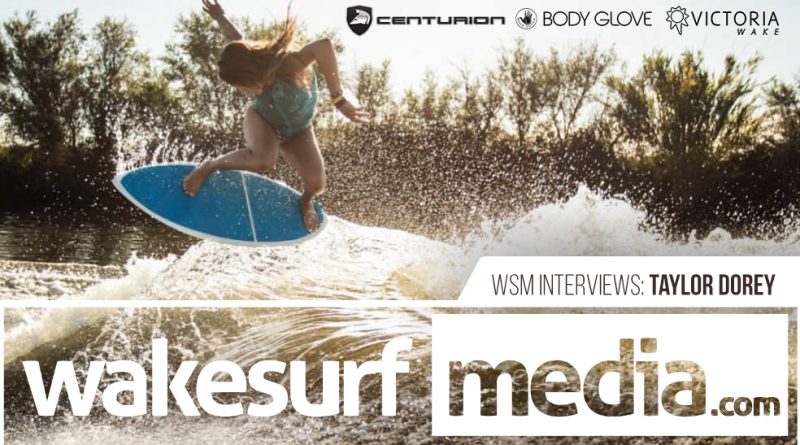 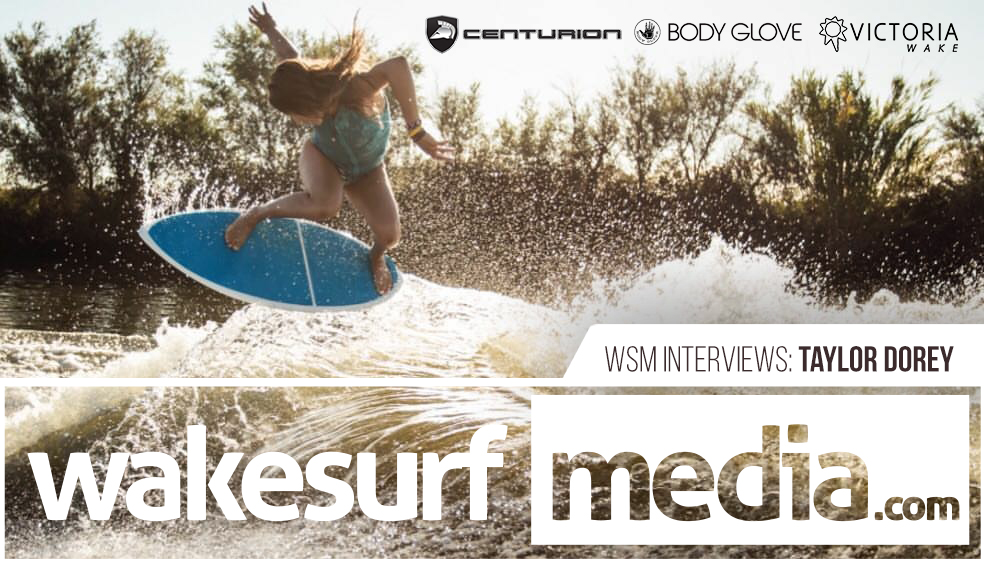 Taylor: My Name is Taylor Dorey, I am originally from California but now living in Queensland Australia. I think I have been wakesurfing for about 9 years now.

WSM: We’ve seen some footage of you riding cable on Instagram. Prior to wakesurfing, were you doing any other towed watersports?

Taylor: Yeah I actually come from a very long line of competitive three event waterskiers. I’ve been waterskiing since before I could walk! I now ride cable at Bli Bli Watersports in Australia.

WSM: What’s up with JayTayAdventureCo? Is that something you do full time? How’d you get started?

Taylor: So JayTayAdventureCo is something my partner and I originally created to show off our adventures around Australia and the jewelry accessories I make after my mum suggested I start to sell my it. It has never been full time, just a hobby I do in my spare time. I started to make bracelets when I would go to my mum’s chemotherapy appointments to keep the both of occupied for hours on end.

WSM: Back over to watersports, do you remember the first time you experienced wakesurfing? Was it love at first sight or did it take a while for you to catch on?

Taylor: I do remember the first time wakesurfing! It was behind an old American skier with concrete stepping stones for ballast in the California Delta. It was somewhat love at first sight. At that point, I was still focused on waterskiing and would only wakesurf for fun.

Taylor: I think the first trick I learned was a 360. As far as I can remember it didn’t take too long. Maybe a couple weeks.

WSM: Is the competition scene something you’ll be hitting in 2018? Or do you enjoy freeriding more?

Taylor: Competition for me right now isn’t something I’m completely focused on at the moment. I’m really enjoying spending time with my mum’s family and doing other activities in Australia. Plus, wakesurfing isn’t really big here. Freeriding is more my style now.

WSM: Tell us about your gear, what board will you be riding in 2018?

WSM: How’d you get hooked up with the folks over at Victoria Wake? How long have you been riding for them?

Taylor: After the awards ceremony from the World Wakesurf Championships 2015, a couple of the riders from Victoria approached me asking if I wouldn’t mind trying a prototype of theirs and the rest was history! Its been three years now and I can’t wait for many more!

WSM: The artwork on your boards has always been really interesting. Have you been influential in the design process at all?

Taylor: Thank you!!! I think the most influential part of my designs was my mum; she was always doodling very intricate designs on random pieces of paper. I really wanted to try and recreate them on my boards.

WSM: What type of boat are you typically riding behind and can you clue us in on your ballast setup?

Taylor: Back in the states I ride behind a beautiful Centurion FS33. My set up is Ramfill port side 100%, starboard Ramfill 80%, port side fatsacs 100%, bow sac 100%, CATS at around 60 and the trim depends on which way the current is going on the river.

WSM: What has it been like riding for Centurion? From what we’ve seen those waves are massive!

Taylor: Riding for Centurion has been amazing! They make the most beautiful boats and personally my favorite wake. The new Ri257 is by far the biggest and badass wave I have ever seen other than the ocean.

Taylor: I would probably take Bindi Irwin because we are close friends with her boyfriend Chandler who is also a wakeboarder. From seeing how skilled of a dancer she is, I reckon she would do pretty well behind the boat and it would just be an overall fun day out.

Taylor: I think it would be a mix of classic or alt rock, maybe some EDM, and definitely country. I don’t know, I like all music haha

Taylor: I would like to see wakesurfing expand their competitions to more countries around the world. We mainly see it in the States or in Europe. I think it would be a nice change to see it in a county like Australia or in UAE.

Taylor: I would just say have fun with it. If you’re not having fun it’s not worth it. Don’t stress if you aren’t able to land something right away, work on it for a little bit and if it doesn’t stick try something else for the time being and come back to the trick you were originally working on. It also helps me to break the trick down into simpler segments then put it all together.

Taylor: I haven’t been working on many wakesurf tricks lately but I am getting ready for Australian Cable wakeboard nationals. Landed my Switch toe front 5 first try!

WSM: Do you have anyone you’d like to thank for supporting you along the way?

Taylor: I would definitely like to thank all of my sponsors for supporting me no matter how well I do or how far I am. Centurion Boats, Body Glove, Victoria Skimboards and everyone else, thank you for everything! You Rock! I would also like to thank my training buddy aka Dad for driving me endlessly on the delta and Ryan Fair for helping me get so far!

We want to send a huge shout out to Taylor for letting us interview her and we cannot wait to see what the 2018 season has in store for her!