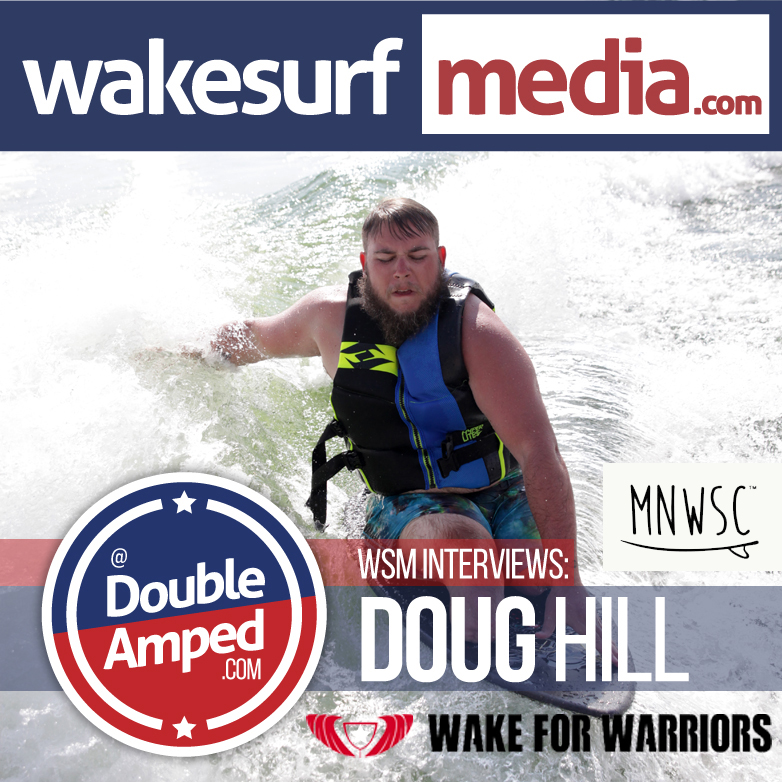 Doug: My name is Doug Hill. I’m from Knoxville, TN but I currently reside in Corbin, KY and I just started wakesurfing early this summer.

Doug: Before wakesurfing I had actually never tried any watersports.

WSM: Where do you normally ride at? What’s your home lake?

Doug: I currently don’t have a way to ride at my home lake, which would be either Laurel in Kentucky or Norris in Tennessee, but I have had the opportunity to shred Allatoona in Georgia and Minnetonka in Minnesota.

Doug: I remember it vividly. At first, I thought “Man, this is a lot harder than they make it look.” That was just the beginning though. Thanks to some excellent coaching from pros and peers alike I was able to compete in the adaptive division of the Minnesota Wakesurf Championship just a few days later.

WSM: You got to ride with the Wake for Warriors crew this year and it looked like a great time! Can you tell us a little about how you got hooked up with them?

Doug: I started my page, DoubleAmped, and all the social media attached to it to kind of hold myself accountable for my fitness goals and taking advantage of the unique opportunities that are presented to me as a disabled veteran. I don’t have a huge following by any means, but it caught on quicker than I would have ever imagined. I received messages from people who have similar injuries, or worse injuries, or even no injuries at all who were just watching to see what I could accomplish or what I could prove is possible. One day I received a message from Dave, the founder of Wake for Warriors. He asked me if I would be interested in coming out for a trip and the rest is history. I feel like I became a part of their family immediately. They’re great people who are constantly pushing the boundaries of what we should be able to accomplish as injured and disabled veterans. 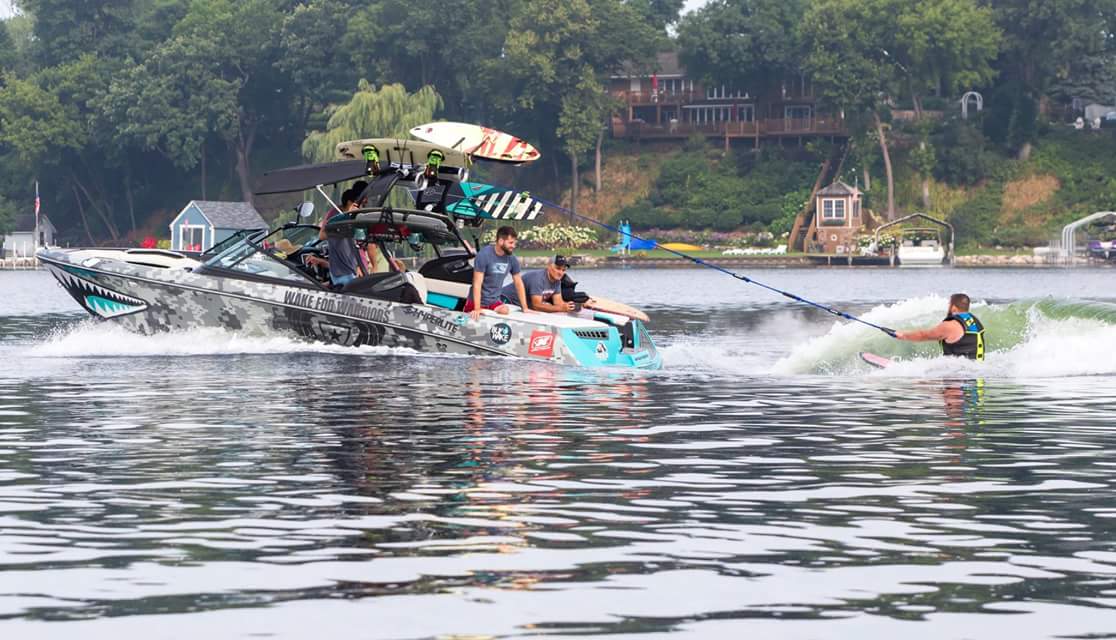 WSM: We know you were in the Navy, how long were you there for? Did you have a favorite location you were able to visit?

Doug: I was in the Navy for 3 years before I medically retired. For most of my career, I was stationed in San Diego, CA and I loved it there. The weather and scenery were one of a kind for sure.

WSM: Dream boat… we all have one… what’s yours?

Doug: They pulled us behind the Nautique G25 in Minnesota and that was one of the nicest waves I’ve ever had the pleasure of riding. The sound system was pretty nice on it too, and overall it’s just a beautiful boat. That would have to be my dream boat. Maybe in a bright purple color, or something off the wall like that.

WSM: How about this one, what’s your dream board? How many boards have you been able to ride?

Doug: I’ve been pretty blessed to try several boards thanks to Wake for Warriors and the people that come out with us. I’ve tried Liquid Force, Phase 5, Victoria, and several Hyperlite. I’m currently riding a Hyperlite HiFi that I love, but I’m looking forward to trying a Phase 5 Hammerhead. So, I’ll have to let you know which one I like better after I ride one.

Doug: I’m one of those kids who grew up watching professional wrestling that never really outgrew it. That being said, I would pick AJ Styles. The guy is a top-tier athlete who isn’t shy about his faith and I respect that.

Doug: Mastodon would have to be my personal favorite to ride to. Their music is just super easy to groove to.

WSM: Where can the folks at home find you on the web to follow your journey?

WSM: What advice would you give to any other Adaptive Athletes that are looking to get into the sport?

Doug: The sky is the limit. The only person that can set boundaries for you is you. Just because it hasn’t been done yet doesn’t mean it can’t be done.

Doug: I’ve gotta thank Dave and everyone with Wake for Warriors. They’ve not only given me a new sport or some new friends, they’ve given me a new passion and welcomed me into their family.

We want to thank Doug for giving WSM his time and we look forward to following him on his amazing journey! 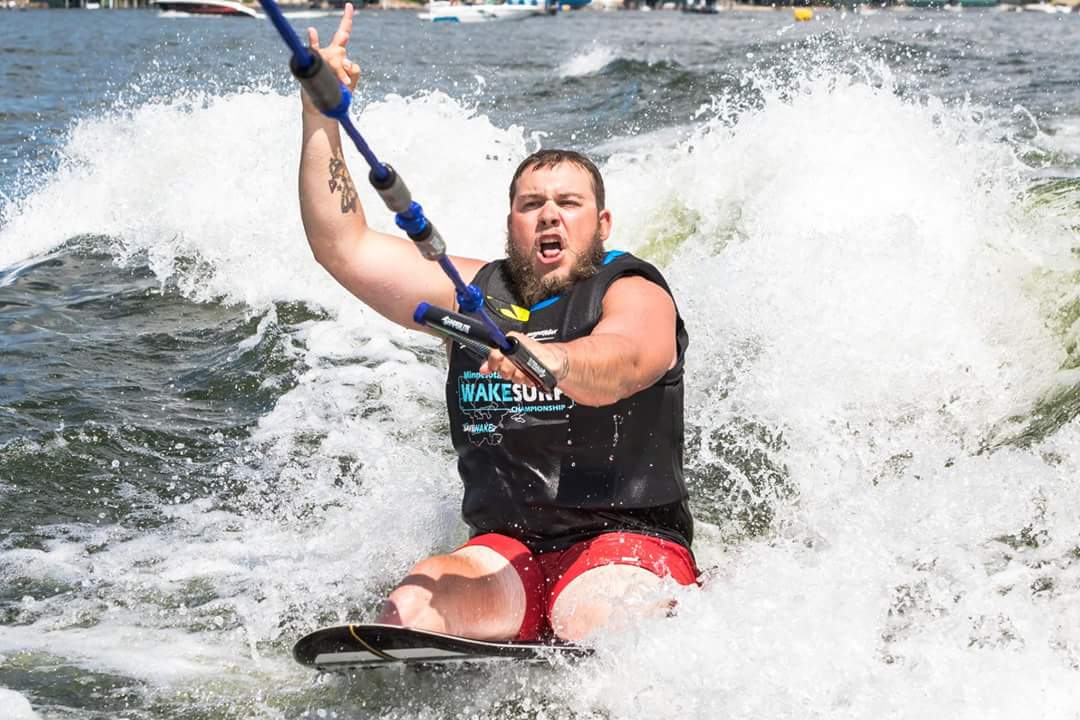