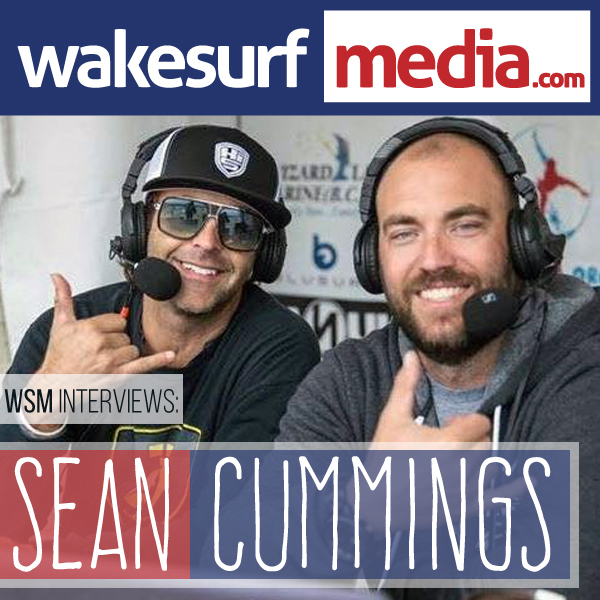 Sean: Sean Cummings, from San Jose, CA and I’ve been wakesurfing for going on 14 years.

Sean: Yes, I actually started out wakeboarding when I was young.

WSM: Do you remember the first time you experienced wakesurfing? Were you immediately drawn to it or did that come with time?

Sean: I grew up ocean skimboarding so when saw it behind a boat I was immediately drawn to it and was instantly hooked.

Sean: I began competing in my 2nd year of riding. 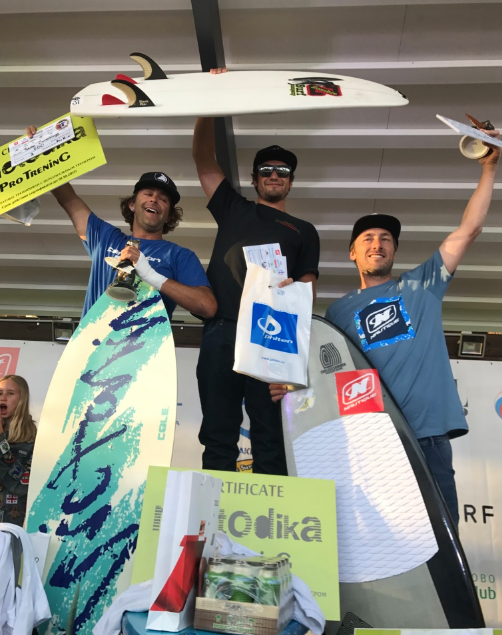 WSM: You recently were the emcee/announcer as well as a competitor and co-organizer for the World Wakesurf Championships. How was that experience? Was it more stressful than fun?

Sean: Haha, well, let’s just say it was a lot of work to do it all. I’ve never been in that position and it definitely challenged me beyond anything I’ve ever done. The stress level was way high leading up to Worlds, but once there and things were set up, the event itself ran flawlessly. I’m stoked it all worked out and things went smoothly.

As far as announcing, Its a lot of fun, especially if I’m announcing with someone else, it just comes naturally somehow. Over the years I’ve come to know almost every rider that’s out there including their body language while riding, their trick line, and some personal things so you never know what I may say about you haha.

Big shout out to my co-organizer Shell Buchner, Mike & Angie Viland, Jeff Walker, and everyone who helped with the event. Without all these volunteers, this event would not have run as smooth as it did. From boat drivers, to dock starters, jet ski drivers, judges and more, thank you to everyone for the help.

WSM: You, Andy, and Phil all seemed to get super pumped for riders that did well during their runs. Do you get just as excited when you announce someone having a stand-up pass as when you have one yourself?

Sean: I get more stoked on others having a standup killer pass than my own. For me, its just riding, no matter if it’s a stand-up pass or not. As you saw at worlds my run was not that great, but yet I still came in with a smile. Its just wakesurfing and it should be fun regardless of how you rode.

WSM: As a rider, you ended up in the LCQ on day 2. During those runs, Jake Caster ended up landing the first ever Hail Mary in competition. Was that a bittersweet moment for the riders? We imagine everyone would be pumped for Jake, but also aware that the bar was just raised pretty high.

Sean: Anytime a new trick with a high difficulty level is landed it stokes the crowd and riders big time.

WSM: Did you use any special wax or traction pads during the competition due to the water and air temperature? Or were they not really a factor for you?

Sean: No, I don’t use any special wax or traction on my board. I noticed other riders were changing up their wax though because of the cold water.

The all new #centurion boats #Fi23 stock wake. This boat is so much fun! Eye catcher and wave maker for both surf and wakeboard. #wakesurfing #wakesurf #wakeboarding #boating #surf #skim #teamcenturionboats #wakeboatporn #wakeboatsurfing

Sean: Oh man, hmmm not sure I can remember them all but I went to the AZ Wakesurf open, my event WakeShredder Throwdown, Russian Wakesurf Open, FISE, Koocanusa, 10K Lakes Open, US Nationals, and Worlds. I didn’t do so hot this year. Being an organizer, Emcee, and a rider is a tough balance and this year my riding was lacking while I was strong in the organizer and emcee area. I took a podium in Russia and had a lot of 4th and 5th place spots this season as well.

WSM: How long have you been a rider for Centurion and how did your relationship with them begin?

Sean: I’ve been with Centurion Boats for many years now and they have been great to me. I started my relationship back in 2005/2006 by meeting some Centurion people at the couple small events that used to take place. Over time I just kept surfing and kept making myself available to help or do whatever in the sport and boom, here I am today.

WSM: What drew you to skim style vs surf style? Was that the style you started riding on?

Sean: I grew up ocean skimboarding so I naturally was drawn to skim style. Although, I do love surf style as well. I just don’t have the time to really ride and practice in both like I used to. Adulting is not fun haha.
[Editor’s Note: Preach it, brother!]

WSM: When you’re practicing during the season who’s usually driving and on the boat with you? Is it a packed crew or just a few friends?

Sean: This season there’s only been a couple people with me while riding. I used to roll with tons of people but I ride mostly during the week so its hard to get a crew. As far as a driver, it just depends on who’s coming with me haha.

Sean: I am a guy who loves music that’s for sure. This year I’ve been jamming to some Knife Party, Skrillex, G Eazy, NWA, and some Rick Ross while riding.

Sean: I’d love to see more marketing leading up to events. That way we draw in the public to watch and get involved. It’s not easy though, I know. It also takes more money to do that. Social Media marketing only does so much. Marketing like, physically walking into a local business, putting up flyers, banners etc. would also be helpful.

Sean: Just remember to ride because it’s fun. It takes time to learn and progress. Don’t always think about competition or get frustrated with yourself. Often times when I’m teaching and my student starts getting frustrated, I throw another board at them or make them ride the opposite wake or something. This gets your mind clear and makes you smile and laugh because it takes you out of your box and forces you to try something new. I often will jump on my 5 foot Big Cheese wood board to get my mind off skimming and back into having fun.

WSM: As one of the OGs of competitive wakesurfing are there any tricks you were the first to land?

Sean: Haha of course! The Gun Show, 180 Shuv to spin combo, Alley Oop to switch front shuv out, and Drifter.

Sean: Big thanks to my Mom. She has supported me through all the ups and downs in my years of competing as well as day to day life. Also a big shout out to everyone who I’ve met over time and all the riders out there. Without all of us sharing the love of Wakesurfing it wouldn’t be where it is now. Years ago there were only 1 or 2 events a year, now we have 26 alone in just the World Series.

Always having a blast on the #boardNhouse one jet ski rope tow at a time! #wakesurf #wakesurfing #donpedro #jetskiwhips #fun #pan #laugh #letsgetweird

We want to thank Sean for visiting with us at WSM and we look forward to seeing more of him in the future as he continues to progress in his career and push wakesurfing into the future!