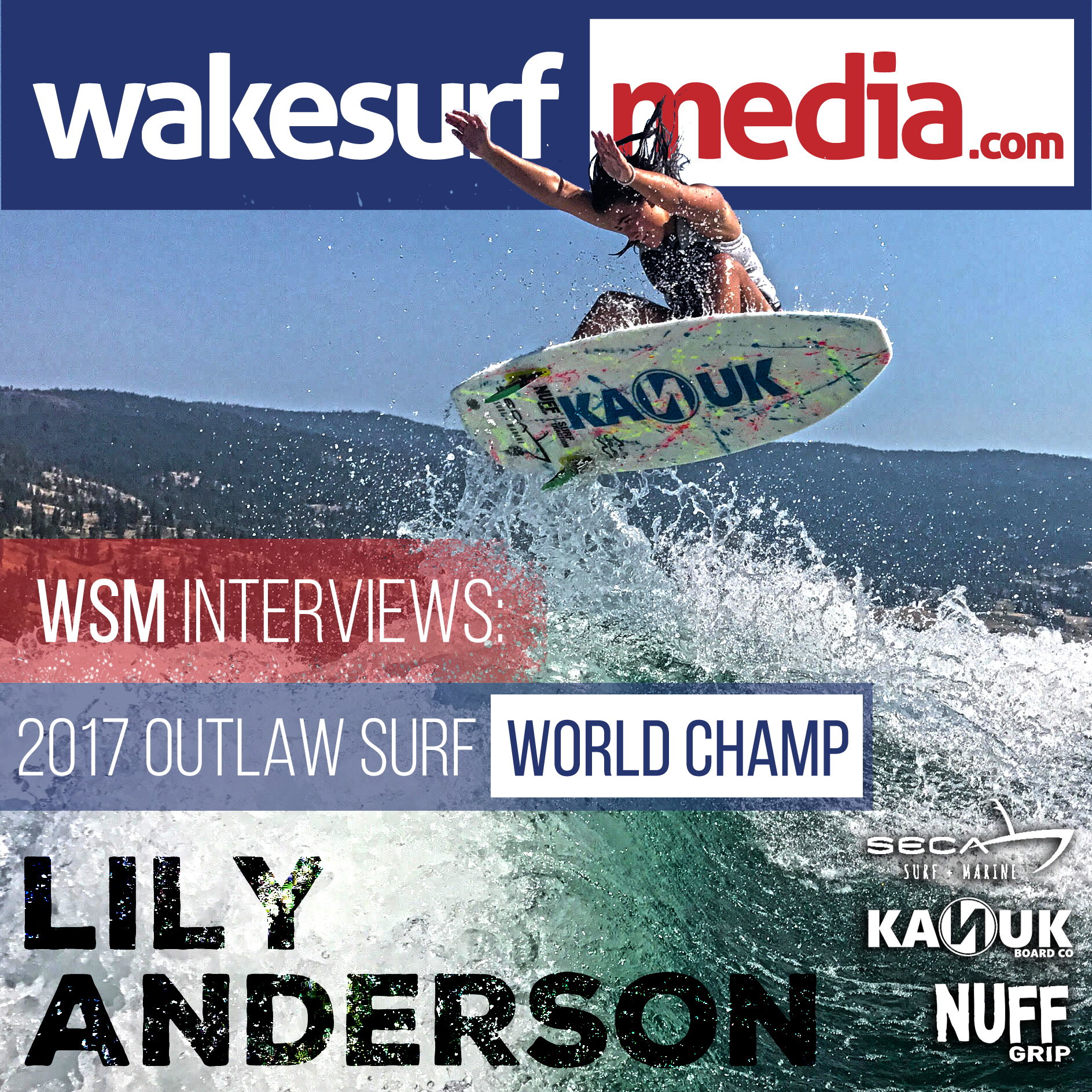 Lily: My name is Lily Anderson. I’m from Calgary Alberta, Canada and I have been wakesurfing for 5 years. I also live in Kelowna, BC in the summer.

WSM: Prior to wakesurfing, were you doing any other boardsports?

WSM: Do you remember the first time you experienced wakesurfing? Were you immediately drawn to it or did that come with time?

Lily: I was originally really scared to try it, but as soon as I got up and dropped the rope within a few days, all I wanted to do was go wake surfing.

Lily: I started competing three years after I started surfing.

Lily: I am naturally competitive; I played soccer from a very young age up until now. I have always had a passion for the sports I play and compete in.

WSM: You were recently crowned World Champion in the Outlaw Female Surf division at the WWSC. How much fun was it being able to travel to Kelowna and compete for the title?

Lily: It was so much fun considering Kelowna is where I train for these events and it was super cool to have it in one of my home cities.

WSM: Coming into the event, did you know you were capable of winning? Or did you think it would be too close to call with all of the great competitors at the event?

Lily: I was pretty confident going in even though there are some really great riders from all over the world. I try to stay positive and focus on my own run. 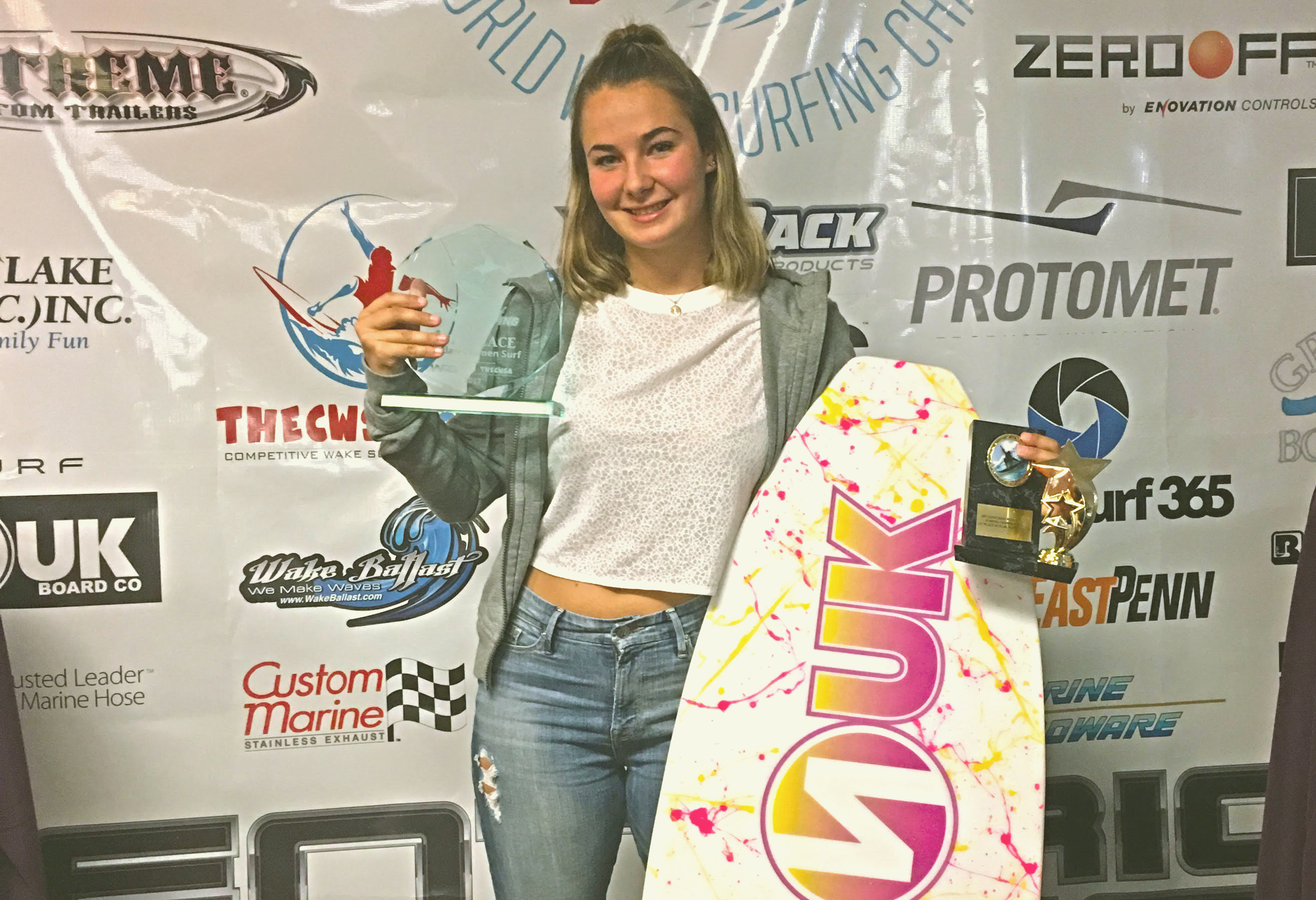 WSM: Are you used to riding in temperatures that cold? Did you have to use a different wax or traction pad setup?

Lily: I prefer to surf in colder water temperatures; it’s just what I’m used to.

WSM: Do you have any rituals you do before you compete? Are you isolated and getting pumped up? Or are you open and relaxed?

Lily: I normally get pretty nervous before my runs so I tend to isolate myself and pump myself up listening to music or get a pep talk from my coach. 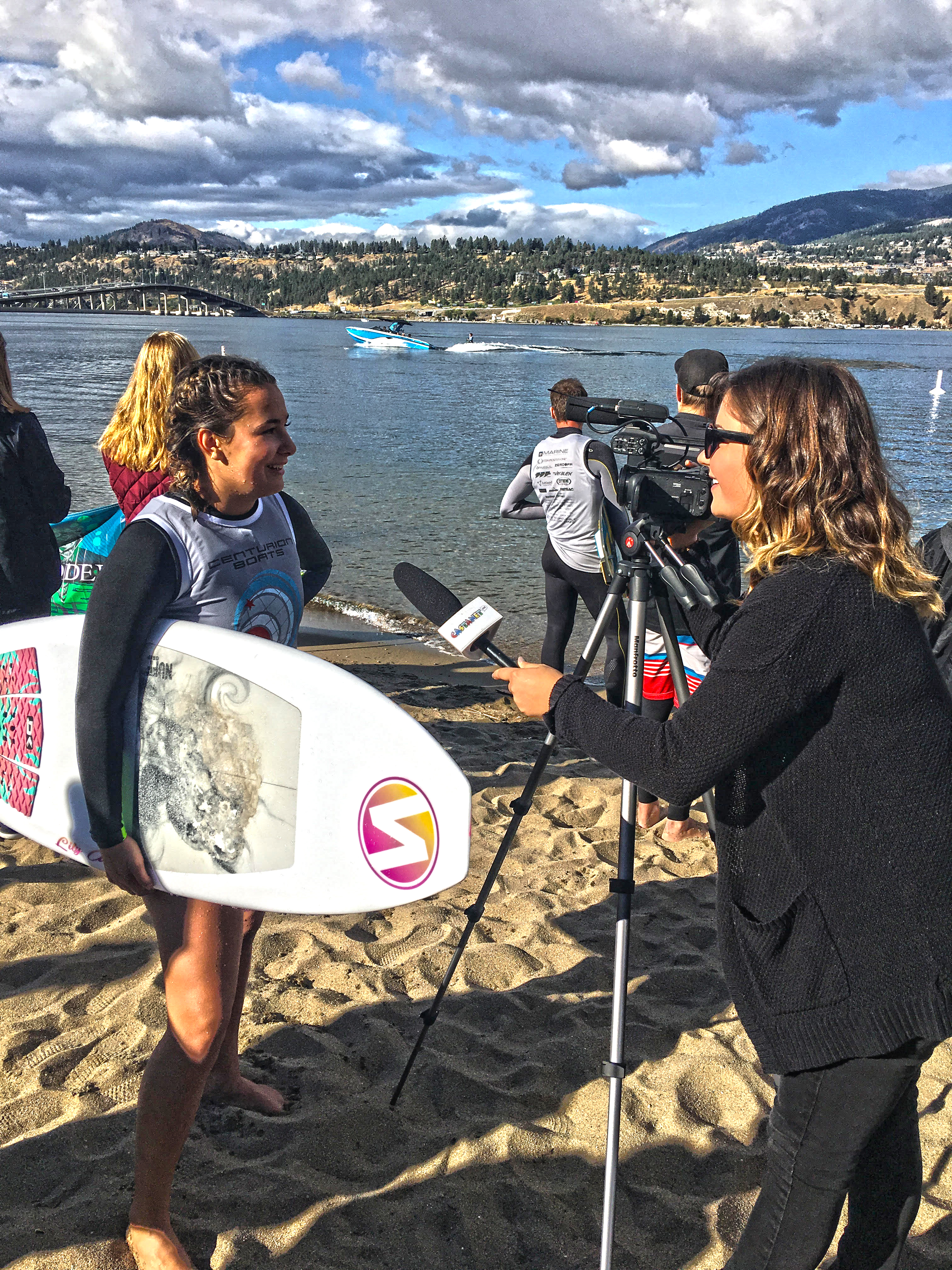 WSM: Your first pass on day 1 of the event was a stand up run, is that one of the best lines you’ve been able to pull together?

Lily: It was defiantly one of the best passes I’ve had this season.

WSM: Once you heard your name called as World Champion, what was the first thing that went through your mind?

Lily: I actually wasn’t very happy with my day 2 run so it was a relief to hear my name called and, of course, it all made me extremely happy.

WSM: Do the kids at school refer to you as “Champ”? If not… they should!

Lily:  Most of the time it’s just my Mom, Dad, and brother, but we also surf with the other Kanuk team riders from across Alberta and BC. In the winter we like to get down to Arizona to surf with everyone down there. 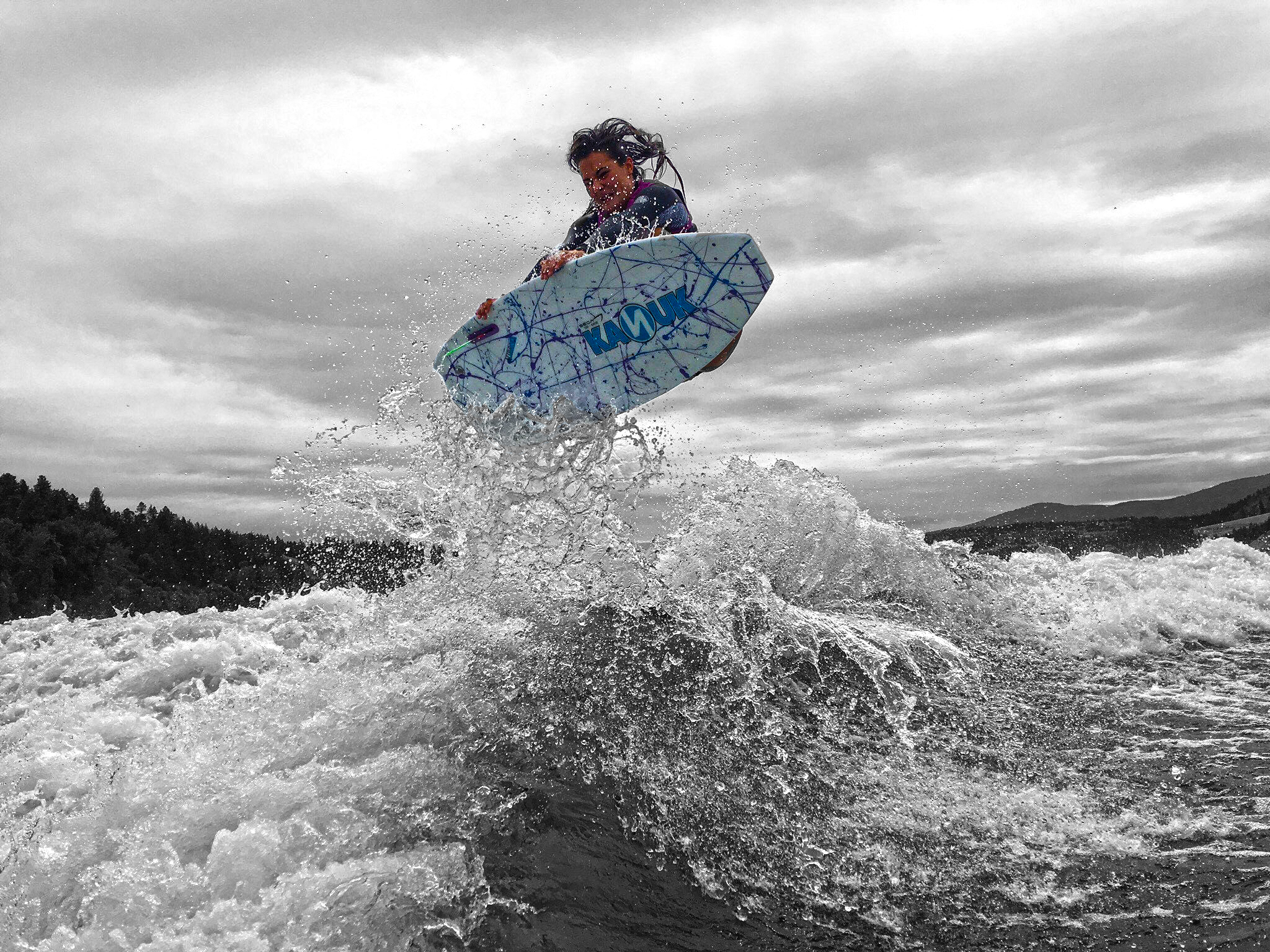 Lily: Probably Hannah Montana
[Editor’s note: That’s real talk right there folks, and don’t you dare act like you (or someone you know) didn’t rock out to HM!]

Lily: I would love to see wake surfing in the X games.
[Editor’s note: Plus 1 for that. Where you at, X games?!]

Lily: Be patient and don’t try so hard!

Lily: Trying to learn different variations of shuvs and combos.

Lily: I would like to thank Kanuk Board Co, Seca Surf + Marine, Nuffgrip, my parents,  and my coach Bryce for all they do for me!

We want to thank Lily for hanging out with us and we look forward to seeing more of her in the future as she continues to grow in her career!