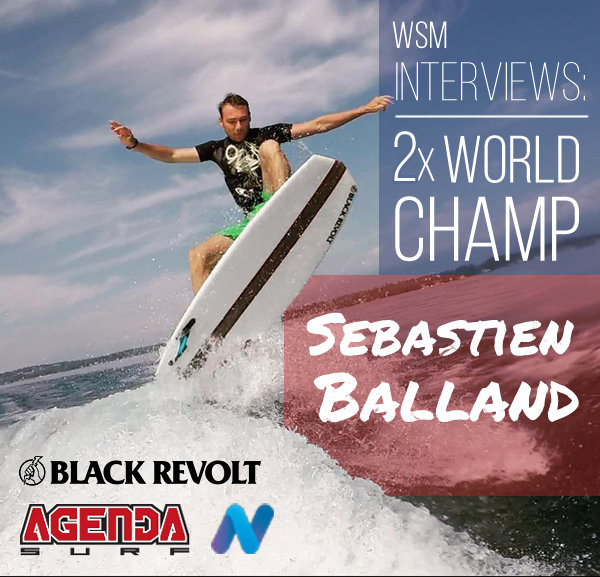 Sebastien: My name is Sebastien Balland and I come from Annemasse in France. I started wakesurfing in 2010.

Sebastien: Yes ! I wakeboarded for a bit but dislocated my shoulders.
[Editor’s not, this is one of the reasons I personally got into wakesurfing as well!]

Sebastien: My friend told me to bring girls on the boat. I understood later that it was for the wave (ballast). Immediately once when I dropped the rope I felt free. I fell in love with this sport.

WSM: What’s the wake scene like over in France?  Are there more surfers or wakeboarders?

Sebastien: Behind the boat I think there are now more wakesurfers than wakeboarders. Almost 75% surfers to 25% wakeboarders.

Sebastien: I competed during my first season. I needed to see different riders and tricks for inspiration. Sitting duck, fire hydrant, hang 5, those kind of tricks.

Sebastien: I’m a competitor, I like to compete. Since I was young I competed in different sports like snow skiing and wakeboarding.

WSM: You recently took home the title of World Champion in both the Mens Outlaw Surf and Skim divisions at the WWSC. Going into the event did it ever cross your mind that you could bring home both titles?

Sebastien: You know when you receive your invitation for the WWSC you dream about the first place. I think everybody wanted to win.

WSM: What was the feeling like when you found out that you would be going into the finals for both divisions?

Sebastien: Before this year I have never been in a final. So when they told me I was in I was very happy to have made it.

WSM: After your run in each division did you feel like you had it on lock? Or was it a surprise when they announced your name?

Sebastien: After my run in skim, I was happy. I knew that I would be 2nd place at minimum. Anthony Edwards was the last rider. All cards were in his hand and I knew that he’s capable of more difficult tricks than me. To answer, it was not really a surprise, but it’s always good to know that you win! 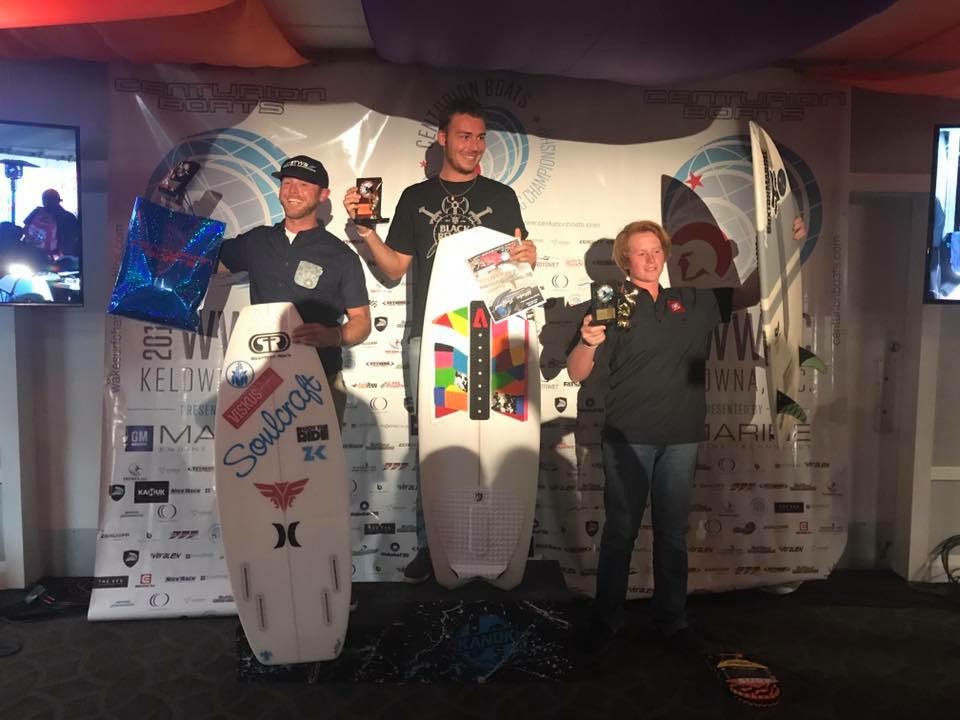 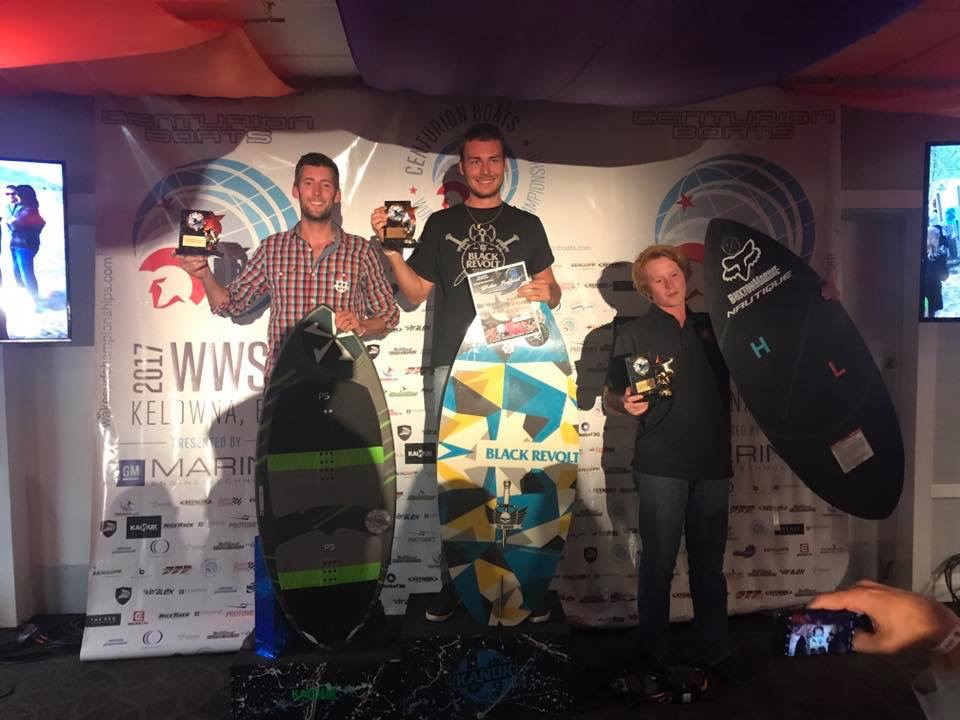 WSM: Do you have to jump up into the pro category now for both divisions next year?

Sebastien: Yes, I have to be pro next season. The level of riding is super high in pro but I’m proud to be one of the three first Europeans to be in pro. Artem Kalhavin, Anthony Edward, and me.

Sebastien: Nah, water and air conditions are almost the same in my country.

Sebastien: I had an undefeated season in Europe. I participated at FISE Montpellier, FISE Budapest, and the European wakesurf tour in Zurich.

Sebastien: I use  the Black Revolt Dagger Pro Custom in skim and a new prototype in surf which will be available next season (the Trident). The boat I ride is a X23 by Mastercraft.

WSM: How long have you been a rider for Black Revolt and how did your relationship with them begin?

Sebastien: This was my 3rd season with Black Revolt and it’s not finished! I met them during competition. They organized the European wakesurfing cup in Annecy and were looking to develop the brand. They  asked me to ride for Black revolt which seemed like a great fit. He knows what I want and he creates the boards just right.

WSM: Did you start riding skim or surf style first? Do you have a preference?

Sebastien: I started in skim because it felt easier to do tricks. Then I moved to surf 3 years ago. I don’t have a preference, both are cool.

Sebastien: Most of the time it’s my parents. I also have a few friends who help me a lot by always pushing me to do new tricks and my girlfriend who always tells me “don’t give up”!

WSM: Which is more fun, competing in events in Europe or the Americas?

Sebastien: It’s really different. We have awesome event in Europe and everybody knows everybody. When we are going to Americas we don’t know the community.

Sebastien: I had a song this summer, “There ´s nothing holdin’ me back” by Shaw Mendes.

Sebastien: Maybe with some wakeboarding events.

Sebastien: Relax, take your time, and train on your balance.

Sebastien: Working on the black rose in skim and the 360 shuv in surf.

Sebastien: Thank you to my parents, my love, my family, all of my friend, Matthias, Claire, Romain, Cassandre,my buddy Maximillian!!  But also Black Revolt for these awesome boards, Nautic Force for the boat, and Agendasurf for Traction.

We want to thank Sebastien for visiting with us at WSM and we look forward to seeing more of him in the future as he continues to progress in his career and push wakesurfing into the future!