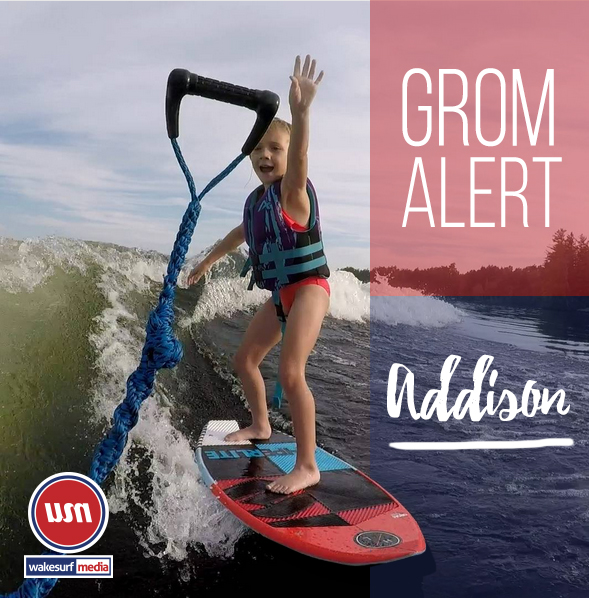 An interview with grom wakesurfer, Addison.

WSM: Let’s start with a typical interview question. What’s your name, how old are you, and how long have you been wakesurfing?

Addison: Addison, 6 years old, and this is my first summer surfing. 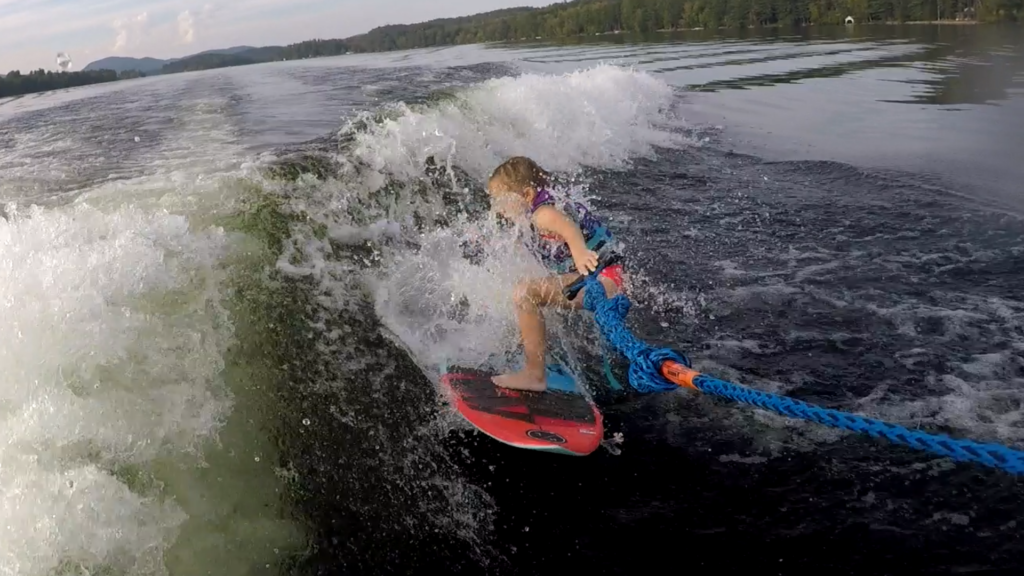 Addison: I waterski, tube, and kneeboard. I also learned to cross the wake on skis this year.

WSM: We saw that you recently started riding without the rope. On a scale of no big deal to super scary, how was it?

Addison: It was a little scary convincing myself to let go but not bad once I did. 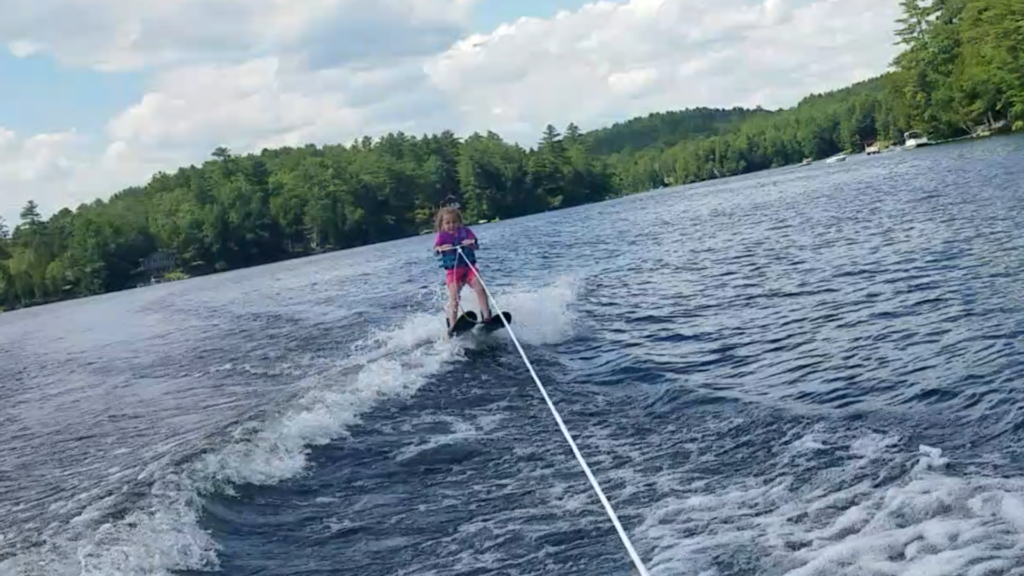 WSM: Do you have any family members or friends that also wakesurf? If so, do they ride without the rope or do any tricks?

Addison: Mims, Grampa, Mariah and daddy all ride without a rope… daddy does 360s and lays on his stomach. (He is really trying to air out and do some shuvits)<- dad talking 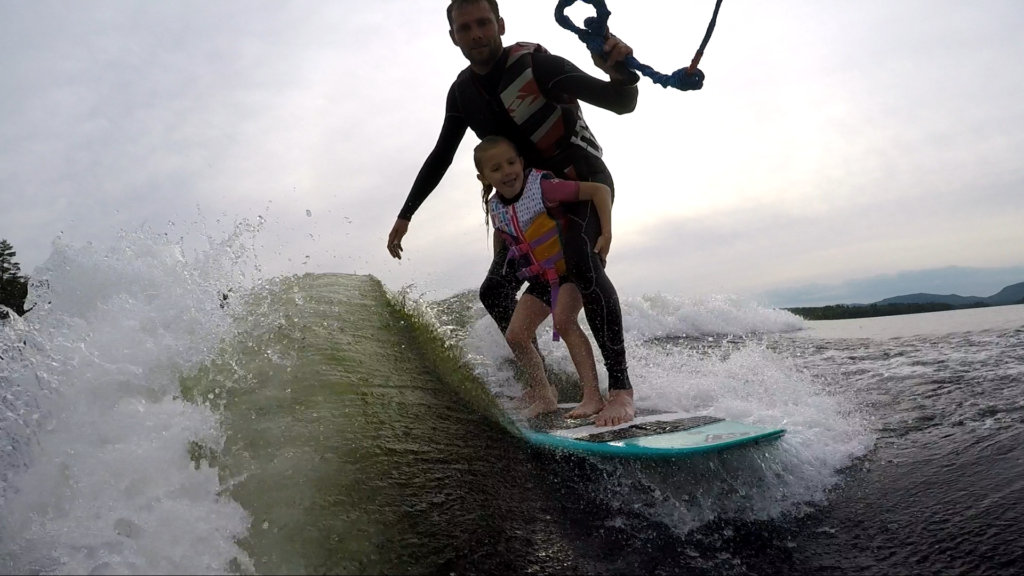 WSM: If you got to control the stereo in the boat when you are riding, what would you listen to?

Addison:  Play That Song by Train and Can’t Stop the Feeling by JT.
[Editor’s note: our nieces and nephews also get down to both of those songs, good choice Addison!]

WSM: Have you met any pro wakesurfers?

WSM: If you could fly or be invisible, which would it be and why?

Addison: Fly because I really want to fly.

WSM: What is your favorite wakesurfing trick that you’ve seen someone do?

WSM: What wakesurfing tricks would you like to learn?

WSM: When you go wakesurfing, do you have a lot of people that go with you? Or just a small group of friends/family?

Addison: No sponsors [yet] 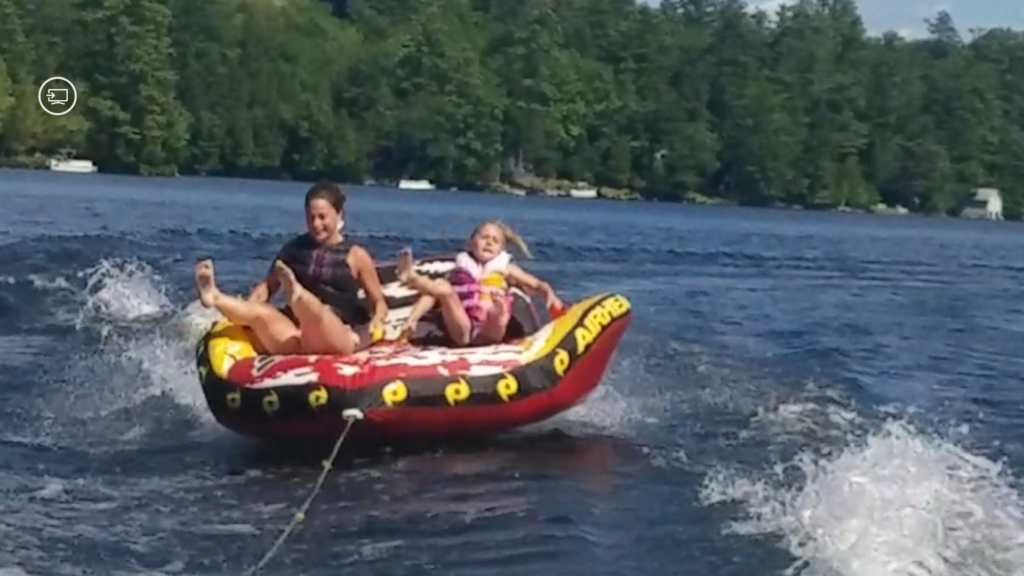 We want to thank Addison for being one of WSM’s first interviews and we look forward to seeing more of her in the future as she continues to land new tricks and push wakesurfing into the future! Special shout out to Addison’s dad, Nick for helping her with the interview!